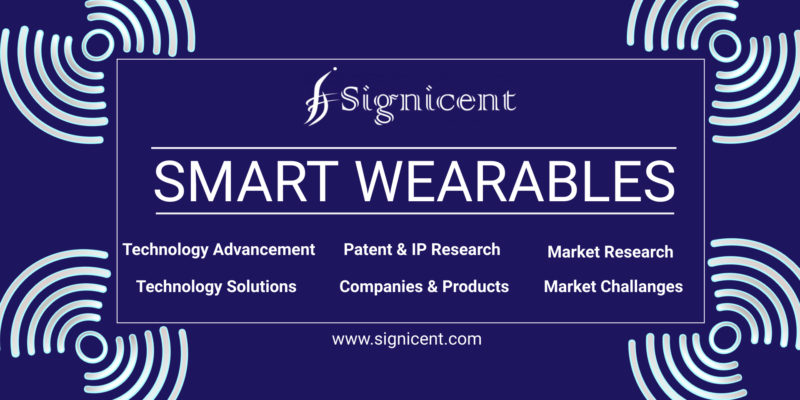 Blending technologies like the Internet of things (IoT) and wearables have given rise to revolutionary technology. Hands-free wearable technology helps in delivering real-time information. It aids in making precise data-informed decisions. Also, it helps in video conferencing with remote workers to receive real-time advice.

The smart wearable technology report will help you to find innovations in technology. First, let us understand the challenges and problems associated with hands-free wearable devices.

Fuji Xerox Co Ltd has created a gaze-enhanced annotation. Presently, photos are taken by the camera often have a wide-angle view to match the user’s field of view. Hence photos often capture peripheral objects that can distract from the message that the user wants to communicate. The present disclosure describes a system for creating and sharing

Microvision (US) has established PicoP® Scanning Technology. MicroVision Introduces the world’s smallest and lightest display module for Smart Glasses. In the past, smart glasses failed because they were too heavy and bulky. MicroVision’s patented PicoP® Scanning Technology utilizes an ultra-miniature MEMS mirror to scan a modulated laser beam using state-of-the-art control systems.

Ben-Gurion Universit (Israel) has a prototype Wearable for Predicting Epileptic Seizures technology. BGU researchers have developed Epiness™, a new, first-of-its-kind device for detecting and predicting epileptic seizures. It is based on proprietary machine-learning algorithms. The smart wearable device can generate an advanced warning about an upcoming seizure that will be sent to a smartphone up to an hour prior to its onset. Epilepsy is a highly pervasive, and at times debilitating neural disease. Up to 30% of patients do not adequately respond to anti-epileptic drugs.

Facebook (US) has a prototype Zoom in Audio technology. Technology is being developed by Facebook Reality Labs (FRL), the research unit. They are creating ever-more sophisticated AR and VR headsets that would let you “zoom in” on and enhance the sounds you want to focus on in a real-life situation. All other distracting sounds will be dimmed.

Olympus has made Eyetrek INSIGHT EI-10. The EyeTrek INSIGHT EI-10 Developers Edition is the latest in enterprise solution optics for smart glasses, an innovative approach to a variety of business applications. Our patented Pupil-Division Optical System reduces the size of the display for a clear view of the surrounding environment, making EyeTrek INSIGHT the ultimate wearable tool for warehouse logistics, industrial field maintenance, and more.

The use of sensors in smart fabrics and smartwatches has accelerated the market. Advancement in wearable technology has pushed the demand. The uptake of smartwatches has revolutionized the smart wearable market.

•Increasing expenditure on defense equipment is expected to drive growth.

Vuzix is an American multinational technology firm headquartered in Rochester, New York. Founded in 1997 by Paul Travers. Vuzix is a supplier of wearable display technology, virtual reality, and augmented reality.

Google Glass is a brand of smart glasses—an optical head-mounted display designed in the shape of a pair of eyeglasses. Google Glass displays information in a smartphone-like, hands-free format. Wearers communicate with the Internet via natural language voice commands.