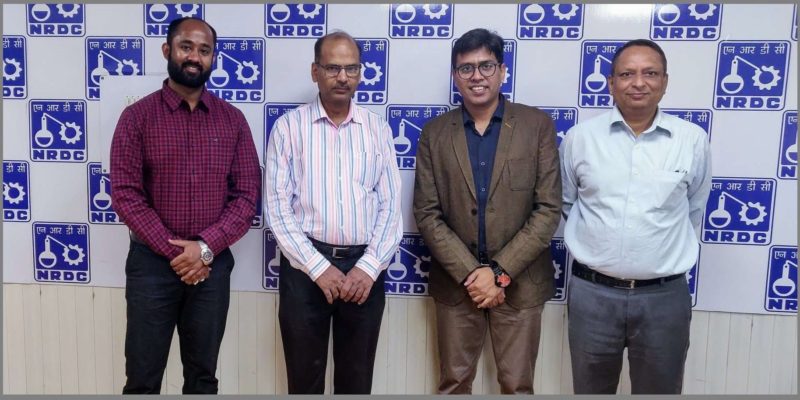 Signcient’s CEO Harit Mohan was invited as a speaker at the National Research Development Corporation (NRDC), New Delhi, to address on “patent valuation cost and methods”. Some of the institutional participants were from the likes of IIT-BHU, IIT-Kanpur, NIPER, Mohali and AIIMS.

Commercialization (by your own) or licensing (out to someone else) are two important ways patents are used post grant. – Harit Mohan, CEO, Signicent LLP

Along with various tangible assets of a business, an intangible and valuable asset exists crucially in businesses called, patents. A patent is a monopoly of rights granted to an inventor for a limited period, granting legal powers to exclude others or file lawsuits on the competitors or imitators from producing, utilizing or commercializing the item in question without his/ her permission.

The myth around expensive R&D and patenting cost in India

In his talk Harit stated that, in India there are several myths associated with patenting an invention. People also believe that invention always requires very high-quality research and R&D to be considered patentable. However, getting a patent in India is within the reach of individual inventor and it doesn’t require always million rupees to conduct research. Some inventions are simple yet clever to get a patent. In India, we often call such simple yet clever solution as “Juggaad”.

Challenges while filling patents in India

Though the rate of filling applications has increased in the past few years, there is still a notion of laggardness among foreign companies filing patents in India as compared to protecting the same technologies in say China or USA due to our slow prosecution speed. The Indian startups and inventors are slowly picking up with more and more indigenous companies coming forward to protect their IP in India.

Government policies, fast evolving ecosystem and rising IPR awareness are some of the major reasons resulting in this increase. Further, the cost of maintenance once the patent has been granted in an important point of concern. Therefore, if the patent has no or little commercial value, inventors often decide to abandon their patents.

IP valuation solves many purposes. It gives the tangible figure to otherwise non tangible intellectual assets. To begin with for example, it helps to deduce the business value of IP to put in company’s balance sheet or net worth. Many people use IP valuation reports to draw funds and finance from the investors. It also helps in accessing the damages one can seek in litigation cases in case of patent infringements. The valuation can also help decide the selling and licensing price of patents. The valuation helps in the distribution of the physical assets of a company during its restructuring, liquidation, and bankruptcy. The valuation helps determine the forecast value of the technology based on the market demand and supply chain dynamics.

Yet other aspects include profit sharing among assignees, restructuring of the company funds, directing funds towards R&D and transfer pricing. Finally, knowing the value of your IP will be helpful in case of collateral with the bank for raising funds from venture capitalists.

There are several approaches to evaluate a patent, including the qualitative method and quantitative method. Patent valuation cost and methods are given below:

The legal status analysis of a patent technology deliberates over the legal strength during the grant process by focusing over certain parameters such as the broadness of the claims, patent enforcement methodology of the company, geographical coverage, etc. The patents in the family are given a rank according to these parameters and built a matrix.

The technology market coverage method covers the aspects of substituting technologies and infringements. It determines the position of the technology in the market by analyzing the licensing aspects, technology’s uniqueness, substitute or alternative technology, production skills, infringing products, etc.

The income-based method is based on the future cash flow from the patent technology. It focuses on variables such as estimated patent useful life, patent specific risk factors, royalty rates, and discount rates.

The market-based method performs the valuation based on the comparison with the similar deals that took place in the market by focusing on the utility, technological specification, and market perception.

The cost based method is based on the direct relationship between the development of IP and the economic value. Techniques used to measure the cost associated with the development of patent under valuation includes the replication cost method and replacement cost method. The replication cost method utilizes the estimated cost indicated by the investors and manufacturers for the production or purchase of the replica of the patent undervaluation. The replacement cost method estimates the cost of obtaining an equivalent patent asset with a similar utility or function. The estimated amounts taken into consideration are from the date of valuation, not the historical costs.

Signicent handles 100s of IP valuation and IP audit cases globally each year in diversified technology domains. To understand patent valuation costing and methods in your case, feel free to contact us.

Patents: A Potential Source of Revenue for Cash Strapped Universities

In one of its kind, the patent infringement suit filed by Boston University...