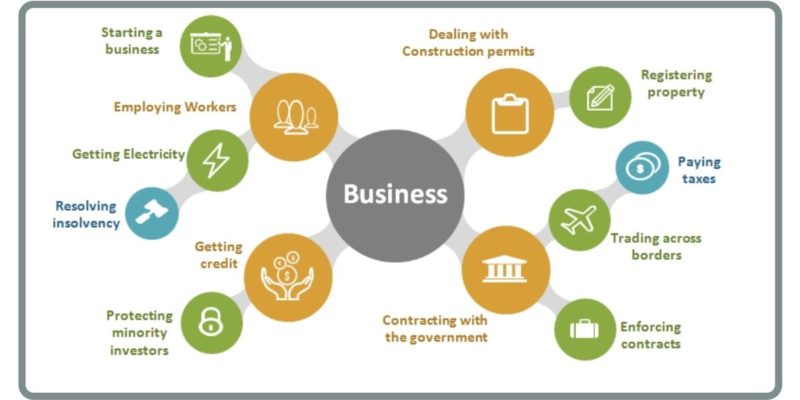 How well did India do at ease of doing business 2020?

Some statistics depicted in the presentation on the ease of doing business among various states showed that Andhra Pradesh retained the top spot in India’s Ease of Doing Business Report 2019. Uttar Pradesh famously moved to the 2nd spot from 12th whereas Delhi improvised on its ease of doing business jumping up from 23rd to the 12th place. On the other hand, Haryana, Odisha and Bihar saw a decline in their rankings.

There are many parameters on which the ease of doing business is measured such as starting a business, employing workers, getting electricity, resolving insolvency, getting credit contracting with the government, enforcing contracts, paying taxes, registering property, dealing with construction permits, protecting minority investors and trading across borders. The impetus for India’s improvement was came from improvising in resolving insolvency, rising from 108th to the 52nd position, India made dealing with construction permits easier, improved on trading across borders, however overall ranking was affected by enforcement of contracts where India still ranks at 163 and starting a business hasn’t been an easy road where India ranked 136th.

In a pilot survey conducted by the Reserve Bank of India published in The Hindu in January, 2020 most (42.9%) Indian startups still remained to be funded by friends and family, followed by angel investors and incubators, whereas funding through NABARD, SIDBI and NBFC remained relatively lower.

How are startups doing in India?

Some compelling numbers were brought forward during the presentation:

However, it is noteworthy that only 10% of these startups go further than 5 years after their inception into successfully running businesses.

Signicent helps startups from various domains and different geographies such as Europe, US and Asia from patent searching, patent drafting & illustration to patent filing. Get in touch with us to give a head-start to your business today!

What is the current Startup ecosystem in India?

In a NASSCOM report on startups 2019, the sector wise split shows that more than half the number of startups founded during 2014-19 was involved in enterprise, healthtech, fintech, HRtech and edtech. Others ranged from agritech, mobility, real estate and construction, retail tech, SCM &logistics to automotive.

Signicent has helped startups and businesses from agritech, automotive, industrial and manufacturing, food and foodtech sectors, and many other sectors. Get in touch with our experts on competitive intelligence, technology research.

Impact of COVID-19 on Startups

In the times of COVID-19 pandemic, every nook and corner of the industrial setup has been affected. However a look at the numbers shows that Edtech, Fintech, Healthtech, Mobility & Automotive sectors had higher CAGR of more than 50% since 2014 until the time global pandemic was declared whereas human resources, real estate, retail tech, industrial & manufacturing, travel & hospitality, enterprise, foodtech and SCM & logistics showed medium growth (CAGR>35%).

However, the story changed ever since the outbreak marked its arrival and the state of startups has seen a gloomier side

Small scale industries form a meager 0.52% of the nation’s total MSME industries as per MSME annual report 2019-2020 amounting to about 3.31 lakh small scale enterprises. These employ about 31.95 lakh people. In the wake of these testing times, it is quintessential to provide relief to small scale industries and start ups. MSMEs are facing dire operational and financial constraints. There has been a shortage of working capital, labor crunch and limited availability of raw materials. Startups need favorable environment for investors.

In spite of the challenging times, some sectors of startups have seen growth and are speculated to grow beyond COVID-19.

The road ahead is uncertain but there is always light at the end of the tunnel. 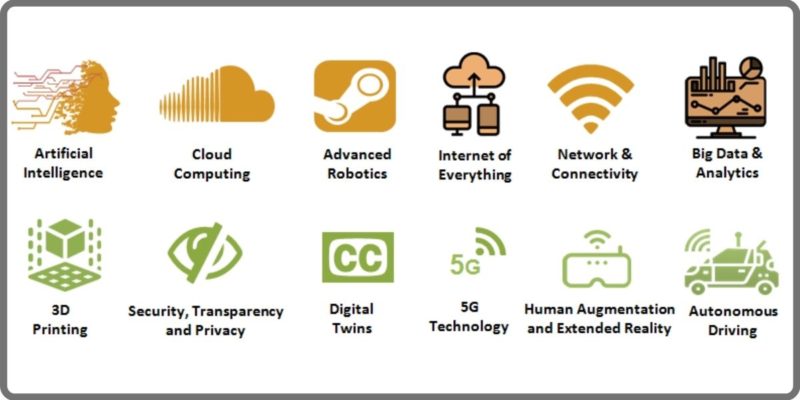 2020 has already heralded a sea-change in the use of technology and the...