Spherix Inc. a publicly trading company had put its hands into many fields like developing treatment for diabetes, marketing low calorie sweetener, handling a campground reservations and the latest one is patents. Spherix two months ago merged with North South Holdings Inc. and the new emerging Spherix now calls itself as an IP development company that deals with infringement cases. Leader companies like Google gets many royalty demands every year and now they are asking congress to put a limit on suits that are related to common technologies like wireless networking and now such companies are target for patent licensing firms.

This overnight transformation of Spherix was a step to make dollars from people’s idea and this has been done by atleast five US companies in last sixteen months. Anthoney Hayes former CEO of North South and now Leader of new Spherix says that the step was taken because such things are into talks in this period.

US FTC (Federal Trade Commission) would now examine if monetizing patent would help or hinder in innovation and this is supported by providers of technology with the aim of curbing trolling for royalties. Where as to this Hayes stated that by this inventors may receive compensation for their ideas and also private companies by merging get a chance to be recognized as public ones. 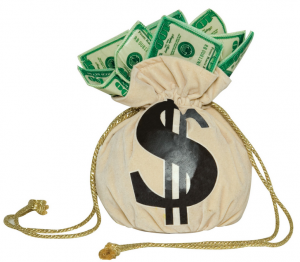 Private placements by going after patents in area like cellular communications, WiFi and antenna technology in Spherix (Tysons corner based, Virginia) raised approximately $2.24 million, which doubled company’s cash on hand by September end. Patent licensing firms target companies that provide technology as with their win they can earn big royalties and legal fees is also very high in such cases.

In order to monetize a patent, capital is required and earlier contingency fee lawyer could only provide capital but now various patent brokerage firms are available. Market investors like Spherix whose market value is $23.6 million dropped 11% after the close of merger and Vrigno Inc., software provider for video and mobile applications got a fall of 19% after it merged with Innovate Protect Inc., an IP company. Spherix had filed infringement lawsuits against Uniden Corp and VTech Holdings Ltd. and also a complaint against T-Mobile since July 2013. Case against Uniden was bought from Rockstar Consortium US LP which was a joint venture of Apple and Microsoft that was created in 2011.
Vringo before entering into patent market was building an ad-supported ringtone and after merger in July 2012, it was awarded with $30 million in November 2012. Also it sold $75 million to buy telecommunication patents from Nokia Oyi. The market value of the company increased to $235 million by year end which is very high compared to 2011’s $9.9 million. It also got six telecommunication patents and data management patent from Microsoft in May 2013 and also Microsoft would pay $1 million and 5% of Google royalties. This deal raised the company’s share by 10% by the end of May. It had sought $500 million to win against Google and the shares decreased by 9.6% after $30 million award was announced by Jury.

Document Security System Inc., Rochester, NewYork sued Facebook inc. and LinkedIn Corp. for infringement of online collaboration technology. After reverse merger with Lexington Technology Group Inc. the patent was acquired. Due to this the share fell by 33% by July end.