Research by MIT and Santa Fe Institute (SFI) has suggested that the number of patents issued for renewable energy technologies has significantly increased on last 10 years. In a keyword based searching done on patents from 100 countries published/ granted between 1970 and 2009, the team has examined more than 73,000 patents issued for energy related technologies.

The key findings of the report were:

3. No major changes were observed in patenting over nuclear technology.

The chart shows number of patents for Solar Cells by USA, China and Japan from 1970 to 2009. Japan leads from others. Source: MITnews. 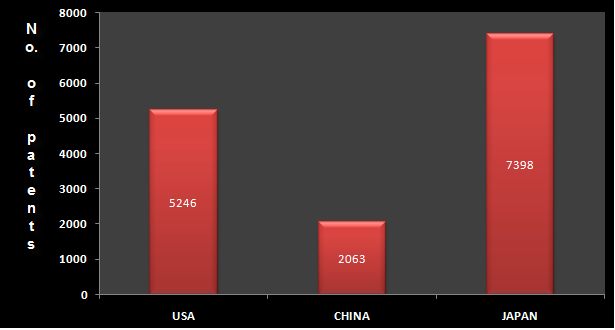 The group says that following the oil shocks of 1970s and 1980s, a lot of work was done and we are still benefiting from that. An analysis on Chinese data suggested that patents filed in China for renewable energy technology, including patents filled by Chinese and foreign companies, have shown dramatic growth in the last few years.

The research was supported by the Army Research Office, the Los Alamos National Laboratory, the National Science Foundation and the Solomon Buchsbaum Research Fund.

There are many types of screen lock options such as passwords, pattern unlock,...

10 of the Most Amusing, Weird and Unbelievable Patents of all time